To join Tagonoura Sumo stable, it is not important if you have experienced Sumo wrestling or any other kind of sports before.
We seek for those who can put a lot of effort and eager to become sophisticated person.
In strict training and daily life in stable, you will become a better person for both physically and socially.
Believe the power within you and make your life brighter. 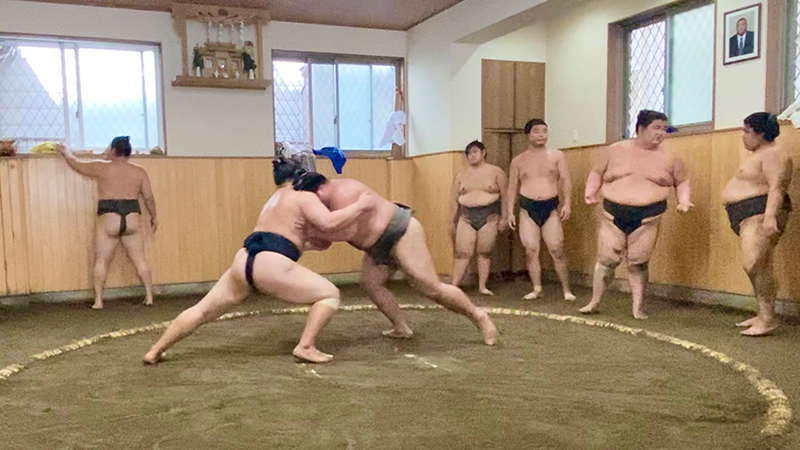 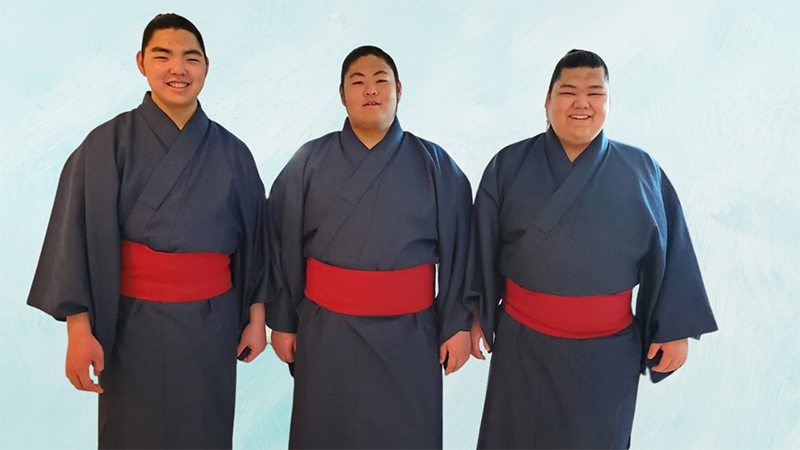 Physical Requirements
Height : 167cm or over
Weight : 67kg or over
However, a candidate for the medical examination who is expected to finish compulsory education at March Sumo wrestling tournament may apply if he is 165cm or taller.

Q & A for recruiting new students

[What is the new apprentice inspection? ]
Under the rules of the Japan Sumo Association, a boy under the age of 23 who has completed compulsory education, submits documents such as a parent's consent form and confirmation of his / her intention, and a person who has passed a medical examination or examination is employed. . The physique is at least 167 centimeters tall and weighs at least 67 kilograms (only for those who are expected to graduate from junior high school, 165 centimeters tall and over 65 kilograms in weight).

[After passing the inspection? ]
The new apprentice who has passed takes the “pre-sumo wrestling” where the new apprentice takes the sumo wrestling before the approach of “Introductory Mouth”, which is the lowest class on the earthen floor of the place. If there are two or more wins in the spring place, and three or more wins in the other places, you will get out of the previous sumo and become an “introduction”, and you will be shown on the grounds of the place, wearing the makeup of the parents and siblings. The name will be officially listed on the numbering table from the following location.

[People who have amateur results from the previous sumo? ]
Those who have won one of the four amateur tournaments within the first year (Amateur Yokozuna, Student Yokozuna, Yokozuna Yokozuna, National Yokozuna) started with the 15th grade of the Bakushita, and another title with amateur Yokozuna If you have, it will be the “Bakushita 10th Grade” Other than this, those who have advanced to the quarter finals of the four major tournaments have preferential treatment such as starting from the “third stage, 100th grade”.

[How to increase the number after the beginning? ]
The wrestlers at the beginning, second, third, and under the shogunate win the sumo wrestling seventh and win more than four wins. If you continue to win and go up to the bottom of the Bakumatsu, the next will be Sekitori. Sekitori has a capacity of 70 people in total with Jyohaku, and their status and treatment are completely different. When it comes to Sekitori, we will take a sumo without taking a rest for 15 days.